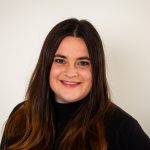 Emily is a communications and community engagement consultant, supporting developers and local authorities bringing forward major developments across London and the South East. Emily joined the Liberal Democrats in 2013, and has served as a Parliamentary Candidate in Brighton Kemptown, and a town councillor. In 2015, she also worked for former Liberal Democrat MP Stephen Williams as a campaigns organiser in Bristol West. Emily's main areas of interest are housing, transport and planning, with a constant frustration at the sometimes "NIMBY" attitude of Liberal Democrats locally.