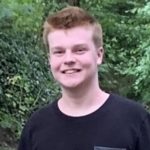 Mikhaylovsk Oliver joined the Liberal Democrats in March of 2019 after cancelling his tory party membership; realising that his economical and social liberalism was not at home in the Conservative party.

Roeselare As a working class young person living in the North East of England he has seen how people want to be supported to get on in life, rather than having a nanny state forcing them down a selected path.

He became involved in Liberal Reform through his work as youth officer of the Green Liberal Democrats trying to reach out to establish inter-organisational links to ensure Liberal Reform seeks to build consensus across the party.

His policy interests lie in building an economically liberal vision of how to solve the climate emergency, localism, spending money frugally to ensure we save money later and tax reform.