There is a housing crisis in our country.

The total level of new house building needed in the UK to meet demand is 380,000 per year, but we’re currently only building just over half of this!

Furthermore, up to 17% of UK households are living in overcrowded conditions, and Black, Asian and minority ethnic families are less likely to live in a decent home than White households. In a rich country like ours, this is simply not good enough.

This is also a matter of intergenerational inequality. The last 20 years have seen a substantial fall in home ownership among young people, leading to many feeling that they won’t have the same opportunities that their parents did.

The housing crisis is one of the most crucial issues facing Britain today, yet our politicians have repeatedly failed to tackle this problem.

The Tories’ only “solutions” involve completely taking local people out of the decision making process, whereas Labour don’t seem interested in talking about it at all, so this issue desperately needs a new champion.

That’s why over the next few months, Liberal Reform will be running our Building Communities campaign, to raise awareness of this issue within our party, and develop our own uniquely liberal policy solutions to the housing crisis!

The root cause of our housing crisis is a lack of supply of new homes, so we need to build more of them, it’s as simple as that. We must ensure that the homes we need are delivered, that they are of a high standard and in the areas that they are needed most.

Home ownership should not merely be a privilege enjoyed by the wealthy, but a goal but a goal that everybody can choose to pursue. Not only should we be building more homes, but a significant proportion of the housing we build has to be genuinely affordable.

We shouldn’t just be building houses, but liveable communities with green spaces, and access to transport and the vital public services residents need. We will also explore innovative ways that local communities can have their say on new developments.

Liberal Reform will be promoting these priorities over the coming weeks, via social media and articles in Lib Dem media outlets. We’re also in the process of setting up a policy working group including some of the party’s most prominent experts on housing, local government figures as well as ordinary LR members, with the aim of submitting a motion to Autumn Conference 2021.

The belief that everybody deserves the right to live in a safe and affordable home is a fundamentally liberal idea, so this is something that the Liberal Democrats should consider a top priority.

This is an injustice that we can start fixing now.

If you agree, then we hope that you’ll join our campaign!

How you can get involved

We want this campaign to be something that our members and supporters can get involved with, so don’t hesitate to get stuck in!

Do you have some expertise on this issue, either from developing housing policy, working in the construction sector, or if housing is a big issue on your local council, we’d love your input on our policy working group!

You can apply to join the working group via this form

Why not write to your local MP and/or councillor, raise the issue at a local party meeting, or write an article about your experiences?

If you’d like to write a piece for us, feel free to get in touch and we can help!

If you don’t already, please follow Liberal Reform on Facebook and Twitter, and feel free to join in the discussion in our Facebook group. We’ll be providing regular updates on the Building Communities campaign across all 3. If you can spare a second, make sure to like/share our posts too, every little helps!

If you aren’t yet a member of Liberal Reform, there has never been a better time to join! Members get access to the membership section of our website, and your membership fee goes towards running our housing campaign and supporting the other work that we do.

If you’d like to join us, you can so do here! 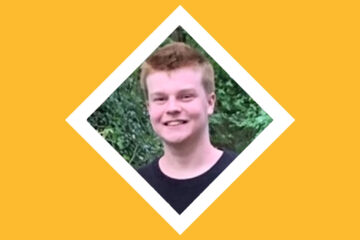