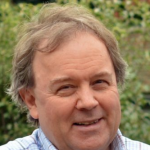 Simon joined the Liberal Party at University in 1976  because of its opposition to apartheid and support for gay rights and civil liberties.  Since then he has had a number of roles including being Chair of the Association of Liberal Trade Unionists, Parliamentary and Council candidate and local party Chair. He was elected a Councillor in Merton in May 2018, Secretary of the London Region and the English Party rep on the Federal Board.

Simon is a strong believer in “4 cornered Liberalism “ – Political, Social, Personal and Economic and in the value of a strong market based economy to pay for social liberal goals