“I need to say this – you shouldn’t trust any government, actually including this one. You should not trust government – full stop. The natural inclination of government is to hoard power and information; to accrue power to itself in the name of the public good.”
Nick Clegg

This week, it has been reported that proposals to expand data retention are being considered by the coalition government. All Liberal Democrat members received an email from Lynne Featherstone about the subject, the content of which can be found here.

These proposals would mark a regression on civil liberties for the Liberal Democrats: extending rules that we campaigned against will be unpopular, unnecessary and inconsistent. They would not be in compliance with either the coalition agreement or liberal principles. It’s important to note, so there’s no confusion, what these particular data retention proposals suggest. The proposals do not suggest that the content of emails, phone calls, or other forms of messaging should be retained, but the length, details of who was contacted (traffic data rather than content) will be collected. This will be done by providers, rather than in a centralised database.

Whether a database is centralised or not seems to be aesthetic in the context of these proposals. In this case, data will be retained by providers, rather than by the government. However, since the data will be standardised and equally available to the government, what precise difference this makes is questionable. In fact, there are many security questions to be asked of a system which requires increased quantities of data to be collected and retained disparately. It is important that we are critical of centres of power, including the civil service: much of the Home Office which pressed for the Intercept Modernisation Programme was unaltered when the previous government was defeated

We should be extremely sceptical of the application of an EU directive which was controversial amongst our sister parties in Europe. Alexander Alvaro MEP (FDP) has noted that there has been no evidence presented that countries which have complied with EU directives on data retention have an improved or superior record in counter-terrorism or against organised crime. He continued that “data retention is, by definition, an erosion of our civil liberties and the only conclusion to draw is the deletion of the directive from the statute books.” Just as RIPA was described by Chris Huhne as a “snooper’s charter”, arguing for the wider application of two controversial pieces of legislation would appear to many as a step backward.

Whether we trade some liberties for security is a debate to be had in public and for an individual to decide for themselves. It is, however, harder to argue for an exchange in which there is no evidence of increased protection. This move would neither satisfy liberal principle nor the evidence-seeking pragmatism of our party.

The issue in question is not bound to us by the Coalition Agreement (in fact rather the reverse), it is in neither party’s manifesto, is not an immediate concern relating to an economic or security emergency, especially following a reduction in the UK terror threat level in 2011 and in the case of technology which cannot really be considered new, some of which has existed for several years. This is as close to a binding opinion as exists in the Liberal Democrats, and we as yet have been presented with no particular reason as to why the surveillance we have campaigned against requires broadening. It would be opposed by the public it is intended to protect and the businesses which will have to compile the information. Our parliamentarians should consider the merits of an argument which is likely to be extremely difficult for members and liberal voters to appreciate. 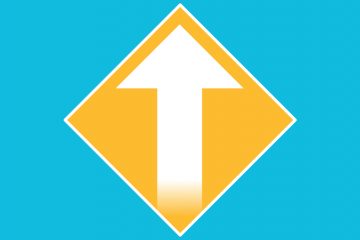 An Update From Your Incoming Co-Chair

Welcome to the first of what will soon be regular updates directly from your co-chair team! Once our term properly starts in January I will try and get one of these out quarterly as a Read more…

Should the Lib Dems back ‘CANZUK’?

As we approach the final few days and weeks of 2020, our time in the Brexit transition period is coming to an end. Being a fully signed-up EU member has gone, and we now need Read more…