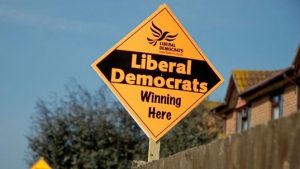 where can i buy Pregabalin Michael Kitching  @mwkitching

I thought it would be helpful to update Liberal Reform Members and Supporters on a little personal quest. Since rejoining the party after the 2019 General Election, having left to try and help set up something new (not Change UK before you ask!) it has become a bit of an obsession of mine in trying to get the party to think properly about Strategy and Grand Strategy.

Working on politics outside the party opened my eyes. I worked alongside former Tory and Labour staff and realised quite how behind we are, particularly when it comes to the Conservative machine. Many Lib Dems, even after all this time and evidence, think the Tories just bumble from political event to political event blagging it. This could not be further from the truth. There is always a greater purpose and plan at play, particularly in recent years.

We do not have a vision about what we want the party to become and we do not have a Grand Strategy to guide us on a longer term quest to become a dominant political force. We must challenge the Conservatives dominance by thinking beyond a single General Election. I wrote to Mark Pack this week to that effect, highlighting how the Conservatives destroyed the Liberal Democrats over two elections, before ripping the heart out of the Labour Party over two more. I pointed out what a top line grand strategy could look like, as well as some of the ways we fall down operationally. It will take institutional change to transform our party. It is perfectly possible to keep policy making in the hands of members, without insisting on a complicated internal democracy and bureaucracy that stops things from happening.

At the moment most of what we do as a party in the name of Strategy is nothing of the sort. It is in fact operational planning or tactics. Our strategy, whatever is said, always ends up with us attempting to run a whole host of by-elections across the country to swim against a failing national message. What we end up with is a very niche type of supporter, who may not even vote for us on the day.

What is really clear to me, is that there are actually many people within the party who have no interest in power. They wish to retain the purity of their own views, principles and beliefs at all costs. I don’t know about you, but I am involved because I want to actually help people. To do that we need to actually win elections. That means trying to build an organisation that can appeal to a broad coalition of voters spanning from One Nation Conservatives, through Market and social liberals, all the way over to Social Democrats. We should consider what unites that coalition, but we must also think about what turns them off as potential supporters. That means shutting up about some issues we might care deeply about so that we can win. Only once we have won can we actually effect change.

Delivering a strategy also means we have to review our actual operations and tactics. We are experts in the high volume, high intensity campaigning seen at by-elections. That’s great for by-elections, but it is simply not possible to replicate that at a General Election. We need to adapt our style so that local campaigning truly becomes part of a wider national message. There have been glimpses of that working, particularly where the party was rewarded for a strong single nationwide message in the European Elections that were in all but name a second referendum.

I have written quite a few pieces in Lib Dem Voice in recent months. Most have not been about trying to push a personal agenda, but in trying to get people to actually think about how we operate and to question their own fixed views. You can find these articles here.

I’d like to ask you to consider doing the same, even if you find yourself diametrically opposed to what I say. There must be a debate, that leads to a viable, credible winning strategy. Only with that will our party have a purpose. I’m keen to draw on as wide a range of people to achieve this. Please feel free to email me or, if you feel inclined, to write something yourself and get it published.

The articles appearing in Lantern are published to promote Liberal Reform values or provoke debate on current issues relating to personal, political, economic or social liberty. The views expressed in each submission are those of the author and not necessarily those of, nor reflecting policies promoted by, Liberal Reform. 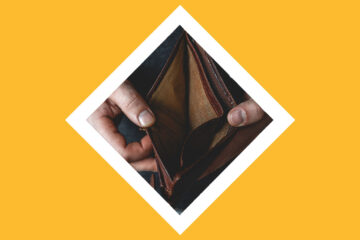