Yesterday I had the pleasure to summate a motion Liberal Reform put forward to the London Liberal Democrats conference on the urgent need for more house building and in support of an independent review of the Green Belt. Although the motion was heavily amended to the point where it lost almost all force, Liberal Reform will continue to campaign strongly for this. What follows is the slightly edited text of my summation at the conference on the 12th of October. 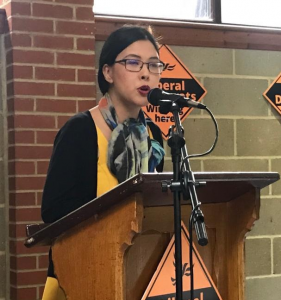 London is in the middle of a buy deltasone prednisone housing crisis. As things stand, it is difficult for an increasing number of young people and families to get on the housing ladder, homes are becoming increasingly unaffordable for all.

Contrary to popular belief, the http://offsecnewbie.com/2018/05/11/fluxcapacitor-hackthebox/?share=twitter “green belt” is NOT necessarily made up of idyllic natural landscapes. In fact, much of it is made up of farmland and golf courses, in the “Outer London” area within the M25. To highlight this, here are some basic statistics: only about 13% of the 22% of the Greater London that is designated “green belt” has biodiversity value. Most of the rest is occupied by farmland… and absurdly, golf courses!

To solve the housing crisis, there is an urgent need to build houses to meet demand. According to DCLG analysis (Ministry of Housing, Communities and Local Government), London needs to build 49k-62k houses per year until 2036; yet we are actually far short, and we are only building approximately 15k per year.

At the same time as this, the restrictions on building on the Green Belt exasperate the problem. 14 of our London Boroughs have more land designated as Green Belt than is built on for housing and around 60% of London’s Green Belt land is within 2 kilometres of an existing rail or underground station, making it ideally suited for housing development, with the necessary sustainable transport connections already available in many cases.

Liberal Democrats believe that everybody should have the right to a safe and secure roof over their heads, and it is a disgrace that in one of the richest cities on the planet, many of our fellow Londoners are living on the streets or are still struggling to pay their rent. This is an epidemic of Londoners – and especially young people. We need to support their aspirations to be able to own an affordable, stable environment they can call home.

Therefore myself and fellow Liberal Reform board members, Aria Babu and Simon McGrath decided to speak out and make a stand on the number one issue that impacts intergenerational inequality. We are calling for an independent review of Green Belt land, with support from Liberal Democrat councillors as a first step to build more houses to address this urgent issue.

It does not affect the preservation of biodiversity and our position as the party that champions environmentalism. It would not affect your neighbourhood parks or your living spaces. But it will affect other Londoners who are desperate for an affordable place to live.

There needs to be a political will to address this inter-generational divide. Liberal Democrat councillors cannot be the party of NIMBY-ism simply to secure their seats at the next election. We need to be seen as a party that embraces the ambitions of young people, and the right of everybody living in a stable place they can call home.

It should be London Lib Dem policy to support an independent review of Green Belt land, and to allow the building of homes on those areas that do not contribute to the preservation of biodiversity and which meet other relevant criteria.

*Ruby Chow  lives in London and is on the Board of Liberal Reform.